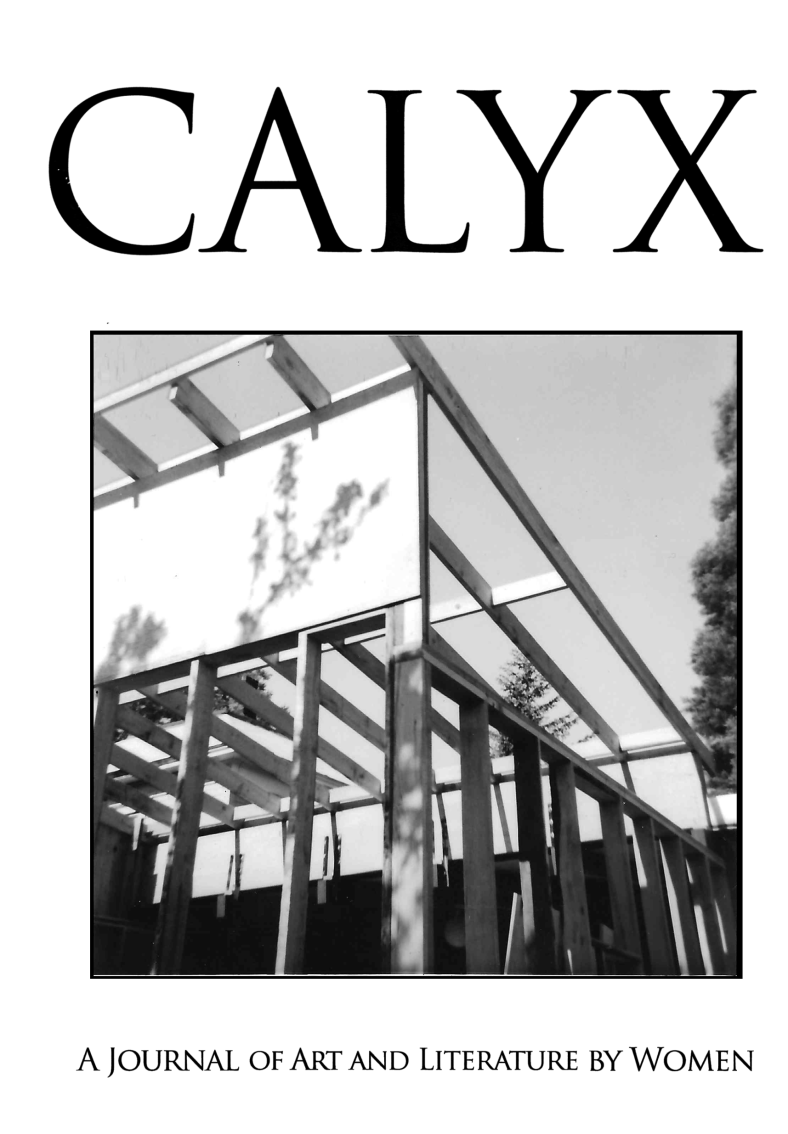 MARGARET OSBURN‘s short story, “The Jelly Women,” is featured in the current issue of CALYX (Vol.29:2).  This is m’s third published story to feature the characters of Pavo County, Georgia, the subject of her somewhat fantastical hybrid novel (in progress).  A fourth story, “How Un-Lucky Are the Dead,” will appear in the spring 2018 issue of The Raleigh Review.  …For m’s thoughts on her writing process, see below.

From the Calyx Press website:  CALYX Journal is known for discovering important writers, such as Julia Alvarez, Paula Gunn Allen, Olga Broumas, Natalie Goldberg, Barbara Kingsolver, and Sharon Olds, among the more than 4,000 writers published during our first 35 years. CALYX was the first to publish the artwork of Frida Kahlo in color in the U.S. In 1980 CALYX also featured work by the Nobel Laureate poet Wislawa Szymborska–the first English translations of her work published in the U.S.

CALYX is the recipient of the Oregon Governor’s Arts Award, the Stanley H. Holbrook Award from Oregon Literary Arts, Pushcart Prizes, and American Literary Magazine Awards, among others.

For submission guidelines go to www.http://calyxpress.org/journal.html

My strategy for “The Jelly Women” was Not to create a classic arc, but to  cut back and forth, splashing color until there was a strong sensory impression, and then to carve a tale into that canvas. …I wanted to write a frame story, a story where the present story is informed by the past story.  I wanted my story teller to be peripheral to much of the story content, particularly the story from the past (the tale) so that I could experiment with how secondhand information is conveyed in first person point of view.  I wanted the story teller to have a distinctive voice.  And, I wanted to have fun. So I’m hoping the story’s humor competes with its darkness.

EXCERPT #1:  It was sometime before the next batch of jelly making that I asked Bish to walk me where the shadows had crushed her night bloomer that dreadful night so long ago. Her blue eyes flashed. “When I was just about your age,” she said, “I was witness to a rooster attack. That little banty bird dug its spurs into a man’s groin. Them spurs,” she said, “was sharp and twining.” And then she described how that little rooster—with wings a pounding, its blood red comb wobbling all at once in all directions, had backstroked clean across the chicken yard, dragging that man with it. “When that man crawled home,” she said, “whole town knew he was done for with his wife.”

There were no consequences for this—a story that fell out of order. There would always be someone to hear it again told another way.

I started writing “The Jelly Women” at Camp Cheputneticook, Caroline Ford Orser’s (aka Caroline Castro’s) family’s 100 + year-old log house on the banks of the St. Croix River in New Brunswick, Canada.  Everything I know about jelly making I learned there from an old cookbook. And, while there’s not much of anything I know about chickens–and there were none at Camp–even as I walked the edges of the 2500-acre nature preserve–chickens and a few other angry animals destined for the Deep South popped into my head. In this way, I let the story take me where it wanted. …Oh, but there was one singular-looking cat at Camp. I set her loose in my story and renamed her Catch.

EXCERPT #2:  Beware the banties. They’ve a violent nature. But rumbling, tucked into themselves, small and round, they look as comforting as throw pillows. Their feathers are the color of thick rust with the bright sheen of satin. Bish has given the birds biblical names and is as affectionate toward them as she is toward her cat.

If you see the cat, don’t make eye contact.

Catch is a dark calico—chocolate, black, and gray. She’ll shoot up when her hair raises with electric shock. That’s when you’ll see her pink petticoat—only her belly fur is pink. A straight-down orange stripe splits her face. Most evenings she sits, mindful, at the edge of the summer kitchen, a big ole dark head with no body and a carrot of a nose. If you come upon that head, it can scare you some. Catch eats rats and gophers and keeps the place clean of fox and stray hounds.

Fur floats in fat wads across the garden. 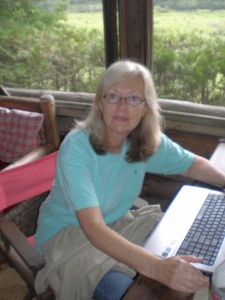 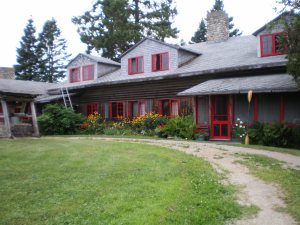 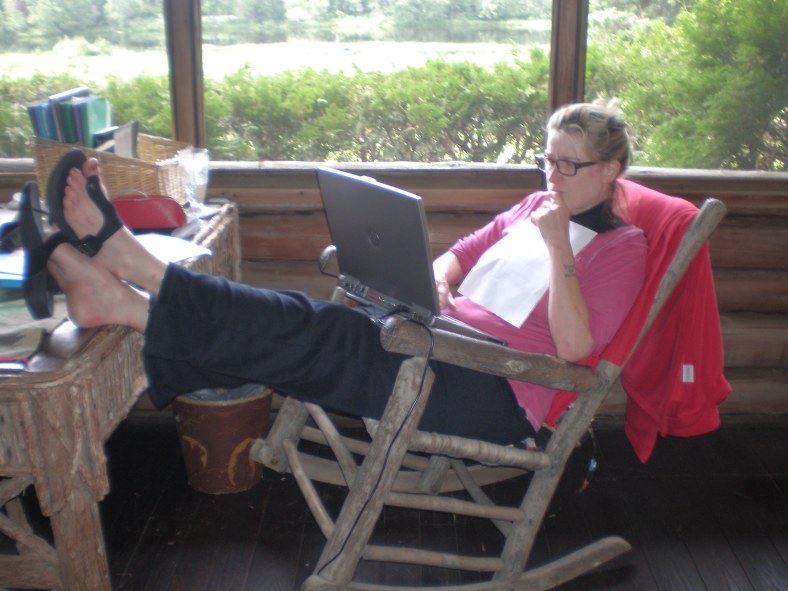 16 thoughts on “WRITING MATTERS: “The Jelly Women” by Margaret Osburn”